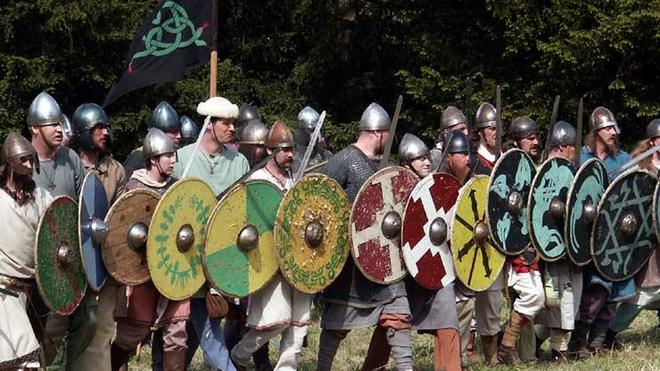 During Spring term, we will be studying the Anglo-Saxons and 'the big question' will be-

We will be studying the Anglo-Saxon legend 'Beowulf' and reading a novel called 'Anglo-Saxon Boy' - a fiction novel by Tony Bradman based on the life of Magnus, son of King Harold- last of the Anglo-Saxon kings.

Please see below for useful videos and website links.

Suitable for teaching 7-11s. Life in Anglo-Saxon Britain is shown through the eyes of a family, including an exploration of different approaches to medicine in Saxon times. Part seven of an eleven part historical animated series, The Story of Britain.

What Was Life Like? Episode 3: Anglo-Saxons | Meet an Anglo-Saxon Warrior

We follow young English Heritage Members, Tom and Hana Ellingham as they visit Offa's Dyke on the Anglo-Welsh border to interview Osmund - the Anglo-Saxon Warrior. Discover what life was like at this great frontier earthwork built by Offa, King of Mercia from AD757 to AD769, how the Saxons made their weapons, who they worshiped, what clothes they worse and why there probably had terrible breath!

The Anglo-Saxons in Britain

For over 600 years the Anglo-Saxons were settled in Britain replacing many of the Roman stone buildings with new buildings of their own. At the same time they brought Christianity to the country.

Awards we have recieved so far.